The default value for the MAIL_ENCRYPTION setting has changed from tls to the more secure value ssl. Set the value of MAIL_ENCRYPTION to tls if your SMTP server makes use of STARTTLS. See the documentation for more information.

A new status 'Continuous' has been added for assessments that are always open and have no specific end date and phases. This status is helpful in enabling bug bounty style assessments.

Client users can now be organized in groups. These groups can be used to grant access to assessments or to assign resolvers to findings. Adding a user to a group also grants them access to findings and assessments for which that group has access, and removing a user revokes that access.

Specific client users or groups can be assigned to a finding as resolvers. A resolver is a user responsible for fixing the finding and requesting retests for it. Resolvers are notified when they are assigned.

Access to findings can be restricted to resolvers. When this setting is enabled in an assessment, client users can only see a finding if they, or a group they belong to, is explicitly assigned as a resolver for that finding.

This release brings webhooks to Reporter for extra flexibility and extensibility! Webhooks are almost always faster than polling the API, and require less work on your end.

This release dramatically improves the readability when writing your findings in the new context-aware editor of Reporter. The editor has many other improvements, such as a side-by-side feature that automatically updates the preview when writing your content. 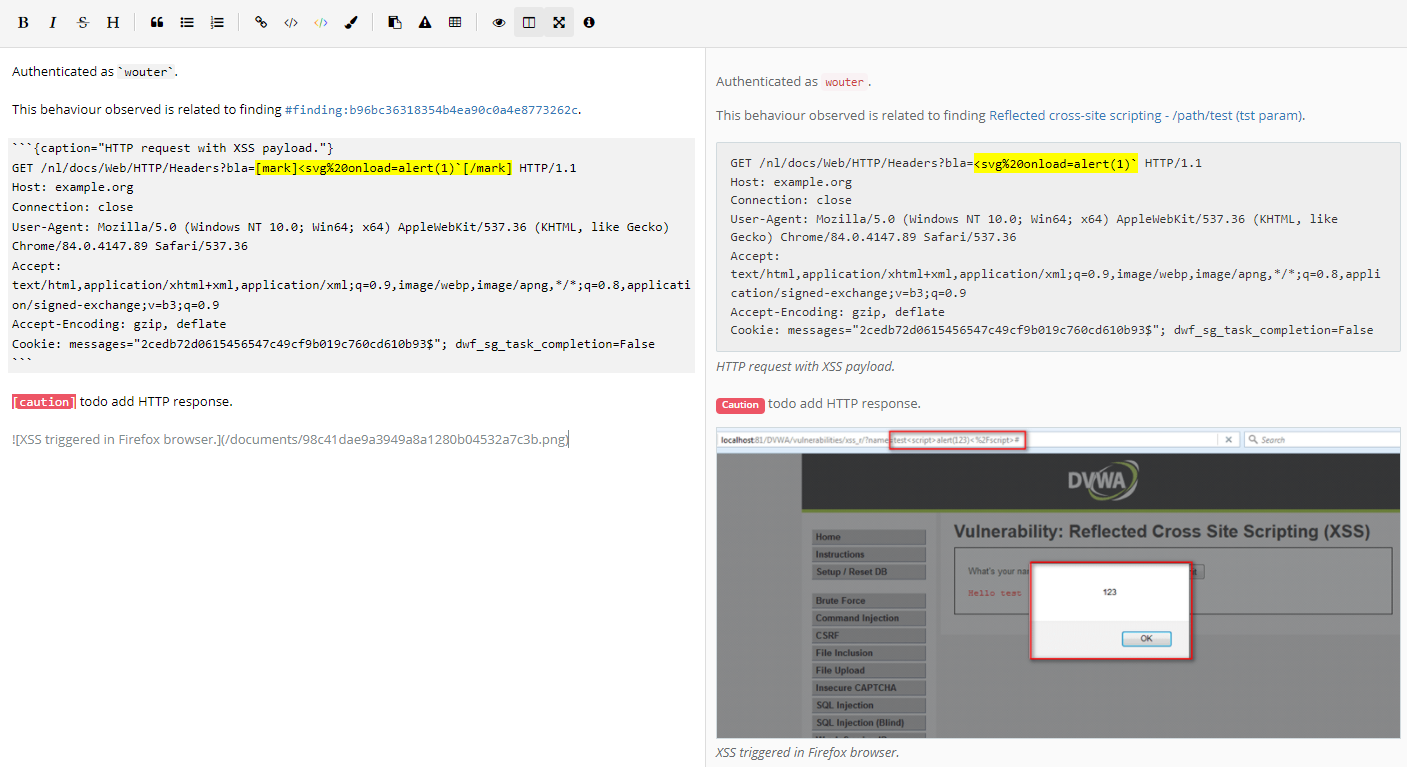 Previously, when a researcher selected a template to create a finding, the 'Template Suggestions-tab' showed templates attached to that specific section in the assessment type used. However, this relied on an admin user going over the sections of each assessment type and manually attaching templates.

This process is now automated. When a researcher creates a finding using a template, this template will be suggested for that section in other assessments of that type. Templates that are often used appear more prominent, also recently used templates are slightly more prioritized.